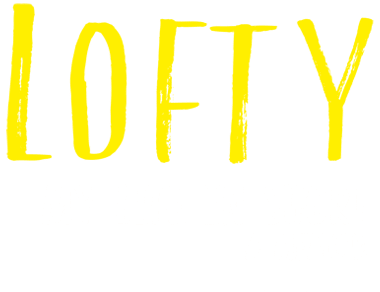 Available in all good bookstores and online now

Eye-opening, beautiful, sad, honest, raw, brilliant, encouraging, a light for those in the dark.

It’s a lesson in empathy, understanding, resilience, love, compassion, faith and a knowing, that if we don’t quit we’ll make it. Available in all good bookstores and online now

To purchase outside of Australia and New Zealand:

I haven’t seen them, but it sounds like he’s got balls the size of watermelons…

Australian voice-over artist Lofty Fulton knows what it’s like to have the odds stacked against him: Born with achondroplasia, which is a form of dwarfism, his grandmother thought he should be locked away from the world. At school, he suffered years of relentless bullying, believing the lie he would never be loved or good enough.

At 15, Lofty’s voice broke, giving him a unique gift that paved the way for his future.

Lofty: My Life in Short is a deeply personal memoir – of vulnerability and courage and humour as Lofty unpacks the events of his traumatic childhood, public bigotry; a failed marriage, the highs and lows of a successful radio career and his struggles with crippling general anxiety disorder, clinical depression and a serious gambling addiction.

Lofty’s story is a collusion of light and shade; a reflection on what it means to be human, to search for meaning and purpose. From brokenness to breakthrough, Lofty has slayed many of his inner demons, rising to become one of Australia’s most sought after and recognisable voices. Ian “Lofty” Fulton is a freelance voice-over artist who has been working in the Australian and overseas market since the early 1990s.

Starting out in radio at 17, he moved to freelancing at 28 and has worked for some of the biggest names in advertising, from McDonald’s to Toyota. Lofty has been the branding and promo voice for major radio and TV stations.

In recent years, as the narrator of MasterChef Australia, his voice is heard in more than 180 countries. Chances are you’ve heard him and don’t even realise it. Nicole is a freelance journalist and writer who has co-authored several books, including the bestselling Heart of a Lioness, the story of an unlikely missionary.

Nicole has also written for newspapers and magazines around the world, including: Marie Claire, The Guardian (UK), The New York Times, The Sydney Morning Herald, The Age, The Sunday Telegraph, Grazia and Charisma USA.

Read a sample chapter
Listen to an audio sample

You’ve heard his voice now meet the man.
Lofty’s story is as full of heart as it is unflinching.
Learn how he built an incredible career while kicking his inner demons, and more than a few bigots, to the kerb.